A game to tug on your heartstrings

Never before has a piece of yarn been so intriguing. ColdWood Interactive’s newest game, “Unravel,” brings the strands of red yarn to life in the form of the adorable protagonist Yarny, a crudely-made yet undeniably-lifelike, curious being. The beauty of the game is in the beauty of the world it creates: Yarny will traverse through environments filled with detailed blades of grass, mushrooms, berries, saltwater-crusted piers and thick flakes of snow that come to life in hyper-realistic graphics.

By entering into old photographs found strewn about a dark old home, Yarny can explore memories — playing in a berry field, a trip to the beach, building snowmen, growing old with friends and loved ones. This gives the game a palpable atmosphere of melancholic nostalgia. Though the take-away from this game is ultimately about the bonds that people create with one another, the different levels can take a darker turn and make the game feel almost gritty at times.

There is a constant sense of wonder throughout the game, with each level presenting a new and incredible feature to the world of the game. This wonder can often be cut short, however, with the somewhat brutal nature of the landscape. Yarny can be crushed by fallen rocks, trampled by herds of cockroaches or scorched by toxic sludge. These dangers are often unpredictable, making avoiding them almost a game of luck rather than a test of ability.

Each level consists of a series of puzzles that can be solved using yarn. Most of it boils down to jumping and swinging through each puzzle, but the different locations hold different appeal. The more basic puzzles – such 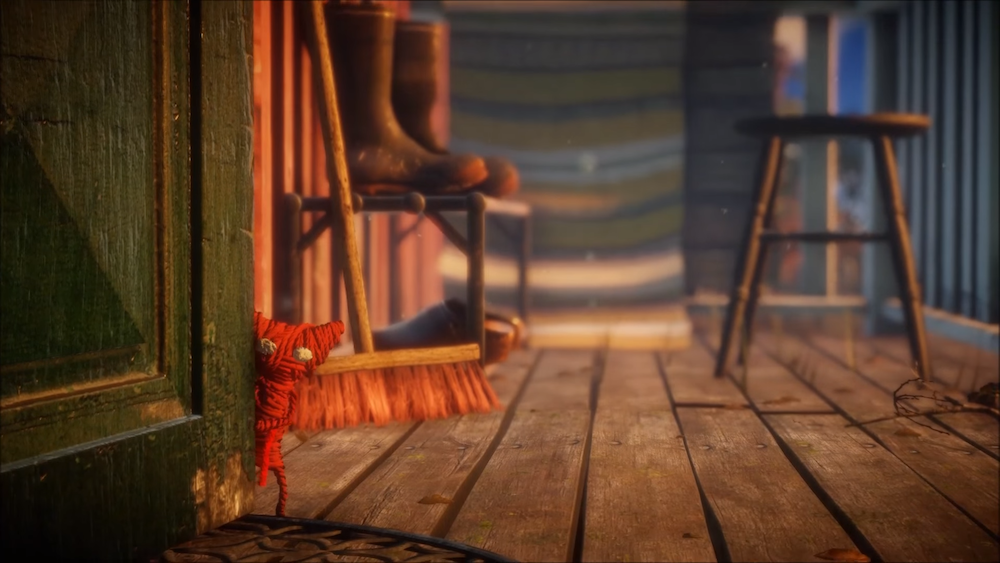 as forming a yarn bridge between two different platforms and pushing a box up it – are still intricate in the detail of the surroundings. It’s almost worth simply swinging back and forth from a platform just to see the big picture before moving onto the next step.

Other puzzles force the player to think a little harder. Yarny only has so much yarn that he can use to pass through each section: unspool too much of him and he becomes skeletal and weak until he can go no further. The physics of certain objects can work to the players disadvantage as well. There are many instances in which Yarny can easily topple into toxic sludge or a pool of water with no apparent way to stop it.

When “Unravel” is good, it’s very good. There are levels that tug on the players heartstrings, playing up the nostalgia of childhood to the extreme, like pushing an acorn down a snowy path to build a snowman, hooking a fish to a toy boat to speed across a lake and spelunking down a well to discover a secret held within. There are other levels that are infuriating in their senseless difficulty. The game could easily be solved in six hours or less if not for the randomness of certain dangers that are unpredictable and, at times, unavoidable.

The incredible graphics, beautiful scenery and endearing protagonist make this game well worth playing, even if there are frustrating moments throughout. Yarny is absolutely adorable, and the story is charming. The overarching theme of aging and becoming forgotten can come across as rather upsetting, but the game seems to place a greater emphasis on reliving memories, and there is a certain joy in reminiscing with Yarny that cannot be denied.