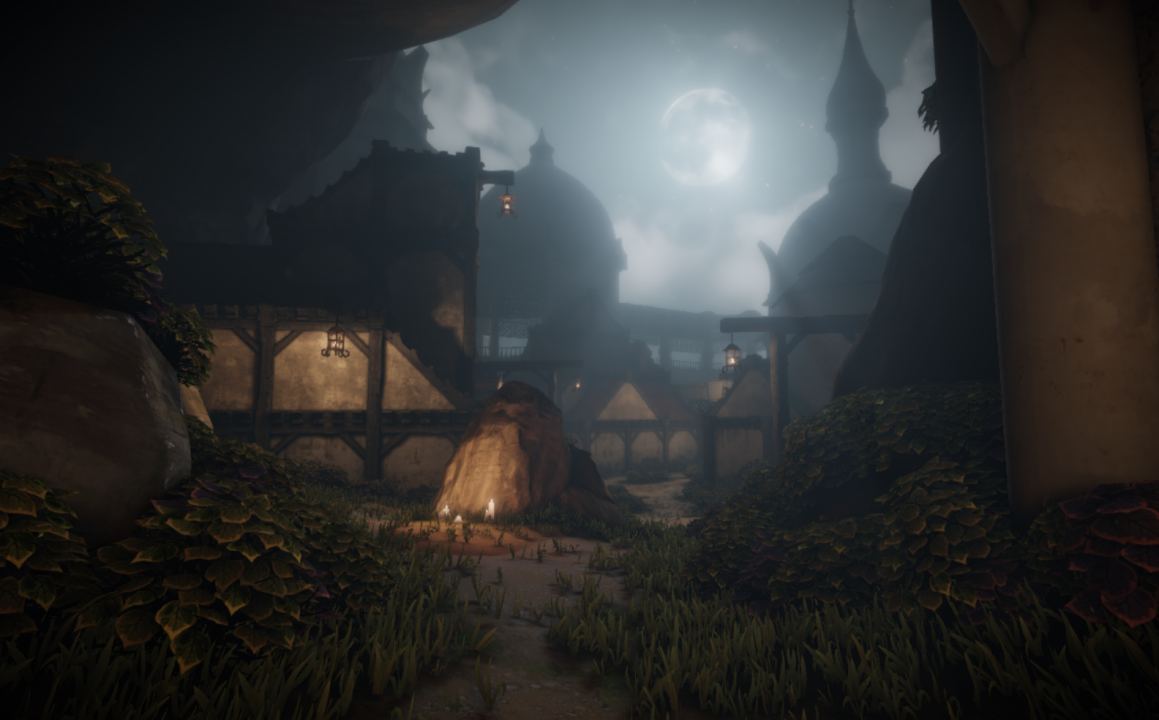 Though incredibly short and lacking conflict, The Old City: Leviathan is an incredibly beautiful and peaceful game. Published by indie game company PostMod Softworks as an experiment, the game focuses more on exploration and reading than action and combat. What the game lacks in action, it more than makes up for in atmosphere.

The game features a stunning amount of detail. The entire plot takes place in the ruins of civilization, with hints as to what happened scattered about in various notes and books. It’s implied an apocalyptic event occurred, resulting in humans attempting to rebuild society and eventually collapsing through war and bloodshed, leaving behind corpses.

The primary protagonist is left ambiguous. Referred to occasionally as a Minotaur, or perhaps Jonah, he is the only character in the entire game. His sometimes casual, philosophical observations of his surroundings are the only company for the player as they explore the carcass of the broken world. Though he often refers to a creature called Leviathan, it is unclear whether or not Leviathan is real or a construct of the protagonist’s subconscious.

The protagonist refers to the world around him as a labyrinth, with the final destination being the belly of Leviathan. The labyrinth nature of the world and the dreamlike quality of the objects inhabiting it make the setting absolutely fascinating and worthy of exploration.

Objects both familiar and foreign are littered throughout the layout of the game. It can be difficult to navigate, however getting lost only results in more visually stunning landscapes. The player will explore hollowed-out warehouses, empty subway stations, old abandoned houses and grand palaces, among many other places.

It is clear from the get-go that there is something off about the player’s surroundings, though nothing truly out of the ordinary happens until later in. Certain chapters involve bizarre physics, such as floating statues and buildings or walking underwater and finding a lost city. All the while the protagonist will comment on his surroundings, often entering into lengthy monologues presumably to fill the silence.

One of the best aspects of the game is the music. At times haunting and often dreamlike in quality, the soundtrack provides the perfect ambiance for the game, which deals primarily with differentiating dreams from reality.

Though the game is certainly beautiful, it is very short and consists entirely of moving the character around, opening doors and reading various notes. There is little else to do but explore. Considering the expansiveness of the world and all of the strange things put into it, exploring is actually quite rewarding. However, to truly appreciate the game and understand what is happening in it, the player will have to read all of the notes found in the game, which is quite a lot.

Despite the game’s simple mechanics, the story is incredibly thoughtful. The entire premise is about one man coming to terms with the major ideologies of his dilapidated world and ultimately avoiding them altogether. It is the type of game that requires a lot of heavy, philosophical thinking.

The Old City: Leviathan could easily be called both a walking simulator and an existential experience. Ultimately, this game is short but intriguing and worthy of multiple plays.

More from TechMore posts in Tech »