A game of ghostly intrigue

When it comes to sheer scope, Quantic Dream’s “Beyond: Two Souls” is an extremely ambitious game. Spanning the peculiar life of the heroine Jodie Holmes, the story is told without order, with events from her childhood interspersed between the events of her teenage and adult life at seemingly random intervals.

From the day she was born, Jodie has had a connection with a spirit from another realm, something she considers both a blessing and a curse. The spirit, Aidan, sometimes helps and sometimes hinders her as she lives her life, trying to make sense of both the human-world and the spirit-world that she seems to hover between.

The premise of this game drips with possibilities. Jodie is the only human to be connected to a spirit in such a way, and because of this, has lived her entire life a a test subject, poked and prodded and isolated from anyone that is not a doctor or a scientist. The player has the ability to control both Jodie and Aidan, allowing for there to be multiple ways to explore a building or solve puzzles. If Jodie comes across a door that is locked, the player can travel as Aiden through to the other side to unlock it. If hiding from someone, Aidan can venture out to check that the coast is clear. 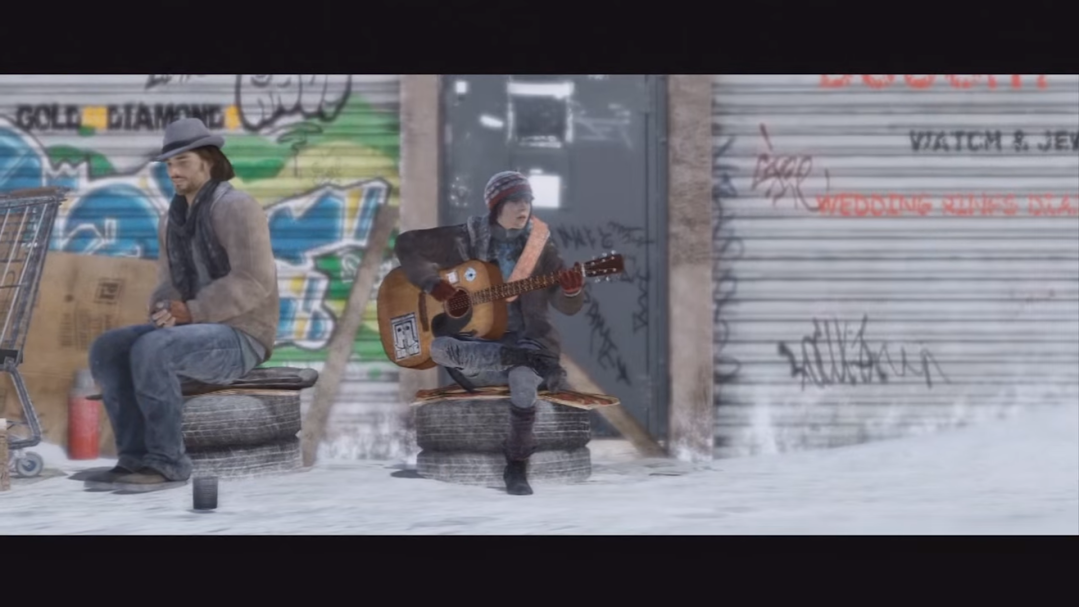 The game explores both the magical and the mundane. Players will partake in activities such as attending a birthday party, cooking dinner, taking numerous showers, going on dates and playing guitar in the streets for money. One will also have the opportunity to go on covert-missions for the CIA, help a small family defeat a demon that has been tormenting them for generations and stop the merging of the spirit and human worlds that would have resulted in the apocalypse.

Because of this, the pacing of the game can feel off at times. Players will be thrust from playing as a capable young woman fighting terrorist operatives directly into playing as a scared little girl, then into a grown woman making dinner for her date, after which they will transition to a teenage girl saving a lab from total destruction. These transitions are jarring and leave the player confused and, for the most part, emotionally uninvested in the main character. 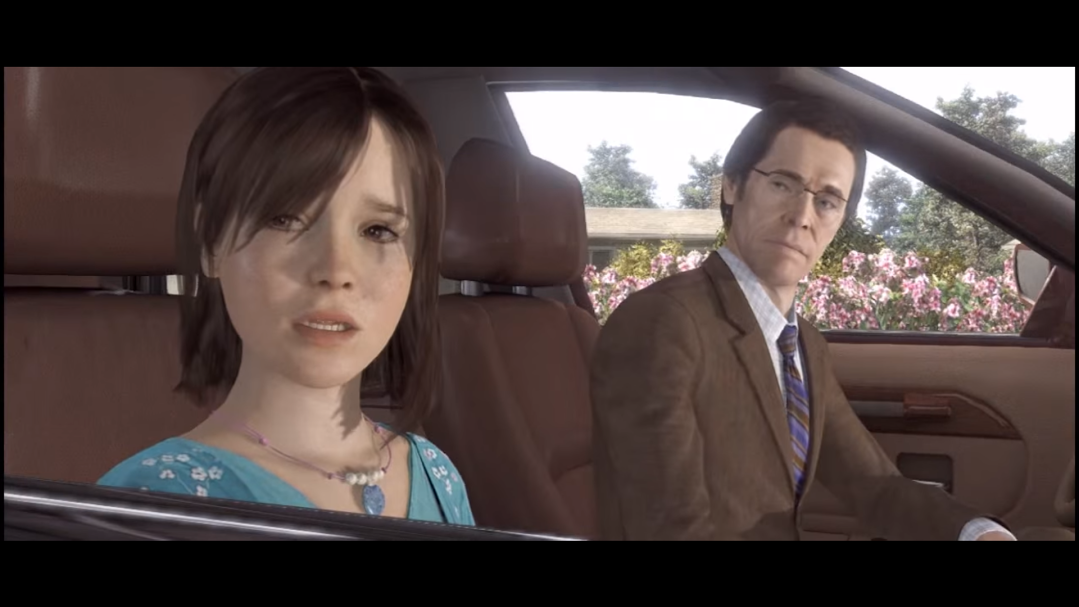 In terms of graphics, this game falls awkwardly somewhere between breathtaking and shockingly coarse. The game was filmed through motion-capture technology, allowing actors like Ellen Page and Willem Dafoe to physically portray their characters. In the case of Page, the motion-capture was masterfully done, capturing subtle nuances in her expression and movements that are missing from other characters. In the case of Dafoe, most of his scenes fall into the uncanny valley, making his character look uncomfortably alien next to Page’s remarkably rendered avatar. The backgrounds are gorgeous and intricately detailed, but the background characters all share the same stoic and unmoving face, shattering the illusion of life.

Despite the oddness of the graphics, the acting is solid throughout the entire game. The actors give it their all, and any flaws in the story or gameplay are made up for in Page’s wonderful performance. The game often feels more like a movie than a video game, which could have easily broken the connection between the player and the protagonist. For gamers who want a complex story that demands being played multiple times in order to be understood, “Beyond: Two Souls” will have plenty to offer.