A tale of brotherly love

Traversing across a world filled with monsters and spirits would be difficult enough with only one person. Starbreeze Studios’ “Brothers: A Tale of Two Sons” ups the ante by throwing an extra controllable character into the mix, resulting in a puzzle-solving game that requires dexterity, patience and a strong sympathy for the deuteragonists. The game itself is beautiful and will tug on the heartstrings of anyone who plays it, provided that the player doesn’t give up out of frustration too early into the story.

It’s an age-old story filled with magic and delight: two brothers are still mourning the loss of their mother when their father falls deathly ill. With no doctor anywhere near their small village, they must travel across mountains, through caves, into deep woods and over bloody battlefields. Each brother brings a unique set of skills to the table: the elder can swim and climb, while the younger is quicker and can fit into small spaces. 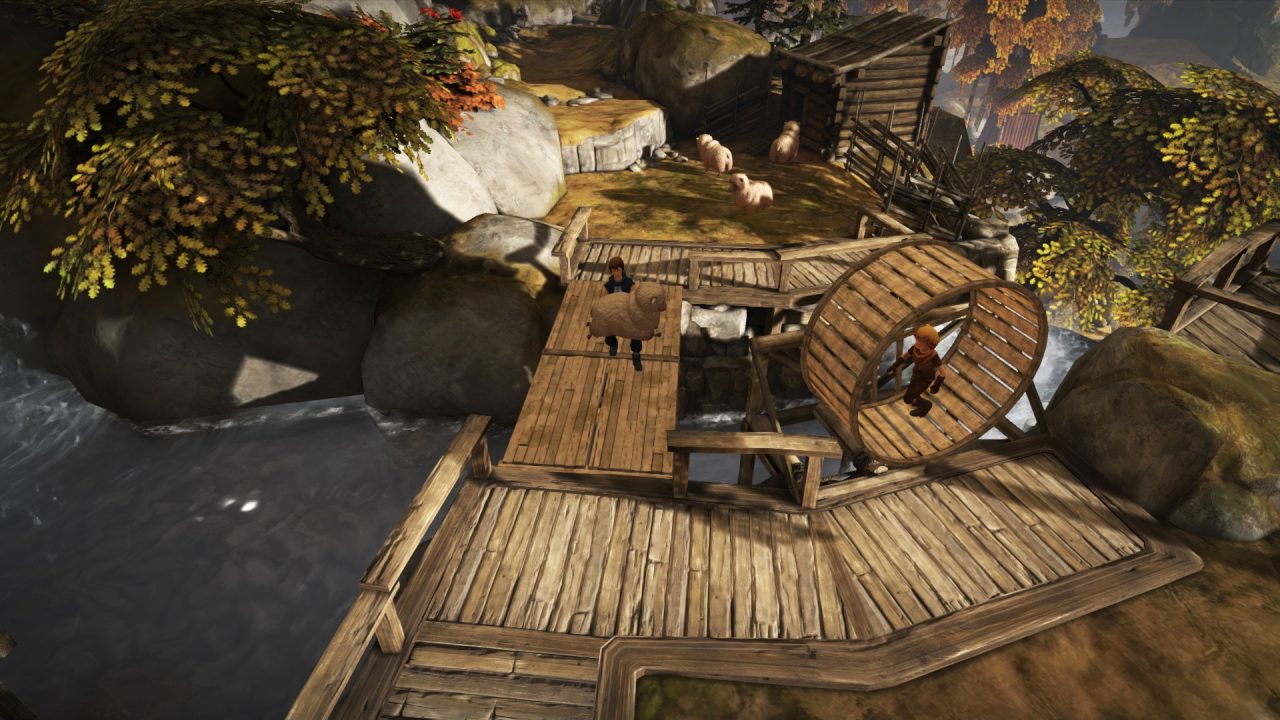 The struggle that many face when playing this game is that both brothers need to be controlled at the same time. Both brothers are controlled independently of one another, even when simply walking around to explore an area. If the two brothers are too far apart, both will stop whatever they are doing and start calling for one another, which can hinder the pace of the gameplay. One brother could be in position to solve a puzzle, but if the other is too far away, they will both move away from where they were.

The strength of this game lies in the storytelling and setting. Each location is brimming with detail, making every single level unique and beautiful. The brothers are well developed and clearly care for one another. As the player makes their way through the story, they begin to feel as if they are part of the family. A fondness for these brothers is almost essential to progress throughout the game, since many of the more emotional levels require quick thinking and a firm understanding of what each brother can and cannot do.

The world and character building of this game is left entirely in the hands of the player. It’s possible to charge through each level without stopping to explore and to spend hours exploring a single cave and finding side quests. Exploring each level allows the player to become more familiar with each brother and it familiarizes them with the world of the game as well.

When it comes to games that feel like fairy tales, “Brothers: A Tale of Two Sons” is one of the better ones. The story and world feel real, and the characters are lovable and unique. Though the mechanics of the game can be something of a hindrance at first, it is easy to master. Innovative and emotional, this game is a wonderful example of how unique storytelling can make all the difference in a video game.