War never changes, and hopefully neither will the “Fallout” series

It’s hard to imagine the world after a nuclear fallout as anything except barren and desolate. Perhaps this is part of what makes Bethesda’s “Fallout” series so popular: instead of a broken society, the player is treated to a vibrant and thriving world in the aftermath of destruction. Though the landscape is scarred and humanity lives off of the scraps of whatever remains from before the nuclear apocalypse, life is abundant and perhaps more diverse than ever.

The original installment in the “Fallout” franchise was released in 1997, with a sequel coming out only a year later. It was a decade later that “Fallout 3” was released and it was widely praised by critics and gamers alike as a masterpiece. Though the setting was the same, there were very few similarities between “Fallout 3” and the original games in the franchise. The game combined state-of-the-art graphics with innovative game-play and a captivating story.

When “Fallout: New Vegas” was released only two years later, it followed the same formula as “Fallout 3,” with the primary difference being location. Although the game has countless similarities to its predecessor, it is undeniable that it is original in its own right. The location itself is perhaps the most vibrant of any of the “Fallout” games, with numerous cities and towns demonstrating a capacity to survive and endure even the harshest of realities. There are plants growing and animals wandering around, although they are few in number.

It’s been five years since Bethesda has released another installment in the “Fallout” franchise, excluding DLCs. With the ever increasing quality of the games, players were hopeful that “Fallout 4” would be the best one yet. When it was formally announced at E3 2015, fans around the world were ecstatic. Trailers for the game have been released regularly since the announcement and each one seems to reveal a new aspect of the game.

The game is set to be released on November 10, though Bethesda stated that the game has been completed since mid-July. The implication is that the developers are simply correcting any glitches that are in the game, which, considering it is a Bethesda game, are doubtlessly numerous. With so much time to ensure that the game is running smoothly, fans are optimistic that the finished product will be nothing short of incredible. 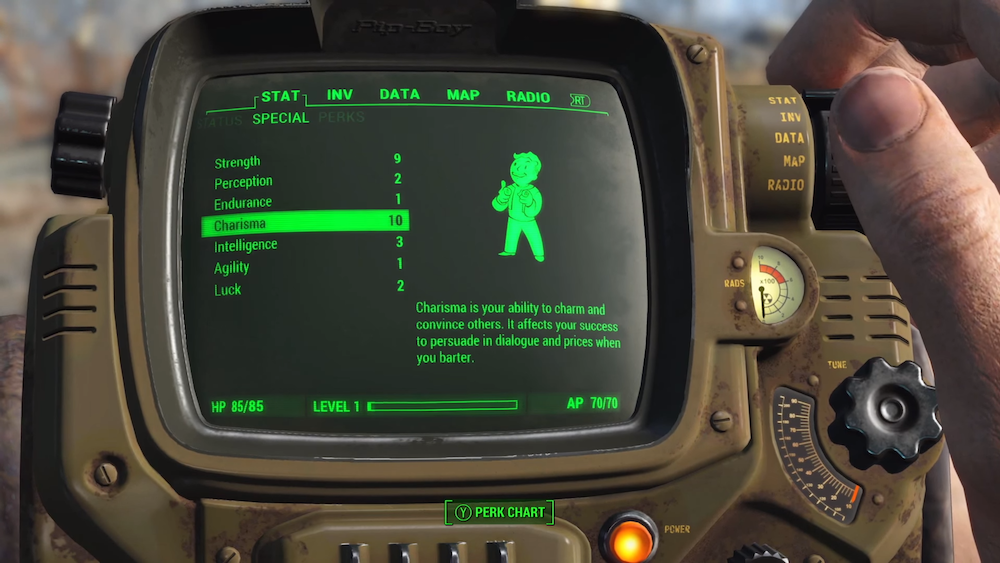 There have been almost no leaks in terms of the story for “Fallout 4.” Bethesda said that they will not reveal anything about the plot until after the release date. One of the only concrete facts that was released is that the game is set shortly before the bombs that begin the nuclear fallout are dropped. As with any “Fallout” game, the player will have the choice to play as a man or a woman and will be able to customize their appearance. Unlike other “Fallout” games, the character creation process is intricately detailed, allowing for endless possibilities.

The game will still incorporate the S.P.E.C.I.A.L. system for each character, allowing the player to decide what attributes to give their characters to make certain aspects of gameplay easier. The game will also feature the traditional perk system, although what these perks will be has not been revealed. Other popular aspects of previous “Fallout” games, such as crafting items and traveling with a canine companion, have also been included.