The newest game from developer Crows, Crows, Crows, “Dr. Langeskov, the Tiger, and the Terribly Cursed Emerald: A Whirlwind Heist,” takes anywhere from 15 to 30 minutes to complete. In that time, it manages to become one of the most entertaining and absurd video games available on Steam.

To call it “meta” would be an understatement. The entire concept of the game is that it cannot be played because someone else is already playing it. The player must assume the position of developer, rushing around the background of a large studio and ensuring the the other player is getting the most out of their experience.

The first hiccup comes immediately upon launching the game. Instead of the typical options of low, medium or high resolution, the player will select between “cardboard,” “copper,” “gold” and “emerald.” Once the game begins to load, the onscreen-hints will fail to appear, and the player will be transported to a waiting room, where their journey begins. Though the game-within-the-game itself sounds outrageously over-the-top and fun, the behind-the-scenes world itself is far more entertaining.

In a style similar to “The Stanley Parable,” the player will traverse in an office-like setting accompanied by a British narrator, voiced by comedian Simon Amstell. His instructions can be ignored, much to his chagrin, but the outcome of the game is the same, regardless of how the player plays it. Despite the seemingly limitless nature of the game, there are surprisingly few opportunities for exploration. There are several doors labeled with intriguing titles, and various flips and switches imply that there is a lot more happening behind the scenes than the player is granted access to.

This does not stop the game from being entertaining. Different actions will result in different reactions from the narrator, and different items will be available on subsequent play-throughs that offer further insight into the nature of the game. If nothing else, it offers enough entertainment to occupy an entire evening. Additional voice-acting from Justin Roiland of “Rick and Morty” adds a whole other level of comedy into the mix that can easily be overlooked in initial play-throughs, if the player is not careful. 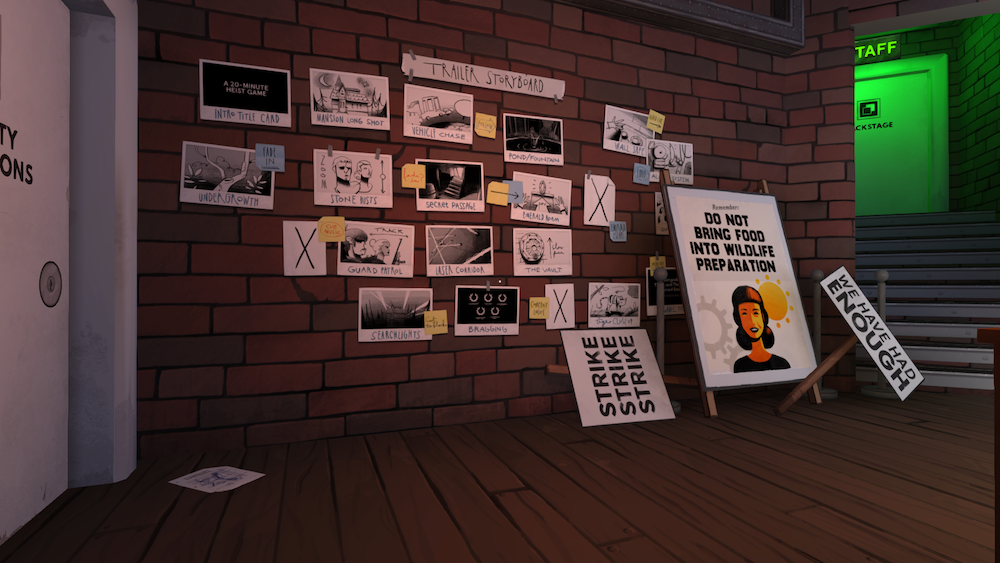 The paradox of turning the consumer of a product into one of the producers seems to fit a video game setting appropriately, and the story takes advantage of this. As the player scampers around the backstage setting of the game, resignation notices and picket fences demanding higher compensation can be found. Perhaps as a gesture towards unfair labor practices in the indie gaming industry, or perhaps in the game development industry as a whole, “Dr. Langeskov” certainly pulls no punches, offering a hilarious examination on the necessity of workers and offering interesting satire on video games.

In terms of the games mechanics, everything is very smooth. The controls are easy and the graphics are great, regardless of what resolution the player selects in the beginning. The voice acting is very entertaining, and the writing is witty and clever. The length of the game may be the only issue, but the abruptness of the ending adds another level of humor that makes it appropriate. “Dr. Langeskov” is free on Steam and is well-worth checking out.