In an era of cutting edge graphics and immersive gameplay, it is easy to forget how video games looked only a decade ago. The boxy, pixelated images coupled with a straightforward story and simple mechanics, which were once the norm, have become merely a rare and more financially sound stylistic choice made by video game developers. On the surface, this is what Toby Fox’s Undertale appears to be: a quickly-made and straightforward homage to classic RPGs. At its core, however, it goes much deeper than this.

The story itself is relatively simple: a silent protagonist falls down a hole and into a world of monsters. They must travel through this underground kingdom in order to return home. On the way, they are met with a number of quirky and lovable characters that can be a help or a hindrance, depending on the player’s choices. The world itself is both beautiful and mildly threatening, filled with bright lights and beautiful landscapes, as well as monsters that follow the player around. 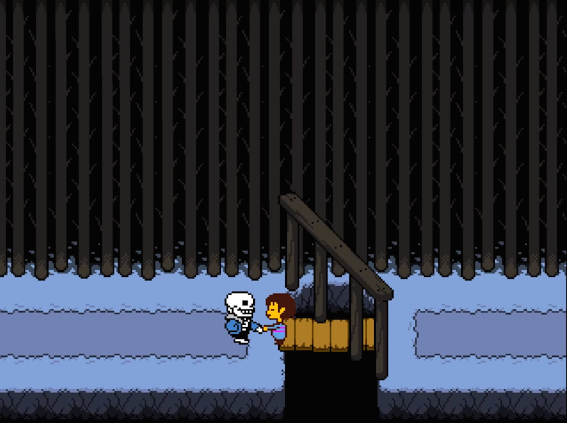 With three different possible endings, this game keeps track of the player’s choices. The player can choose to play as a pacifist who spares everyone they come across, a blood-thirsty monster who destroys everyone in their path or a more neutral medium of the two. These choices not only affect the ultimate outcome, but also tiny details throughout the game. Shops will be empty, enemies will attempt to escape and characters will act more harshly towards a player who opts to murder everyone, whereas a peaceful and loving protagonist will have the opportunity to meet more characters and interact with them in unique ways. The background music also changes depending on a player’s choices, giving the overall game the opportunity to take on an entirely different atmosphere.

The controls, grammar and framework are obviously reminiscent of classic games, and the characters the player meets clearly fall into the tropes established by some of the earliest video games: the tutorial guide, the helpful but mostly absent friend, enemies that are specific to various levels and a mute and expressionless protagonist. What makes the game more unique is the way that these characters are implemented. Each has their own distinct personality, voice and, often, font style that sets them apart from everyone else in the game. Often, when confronted in battle, they have their own style of fighting that makes each confrontation unique.

There are several moments when the game 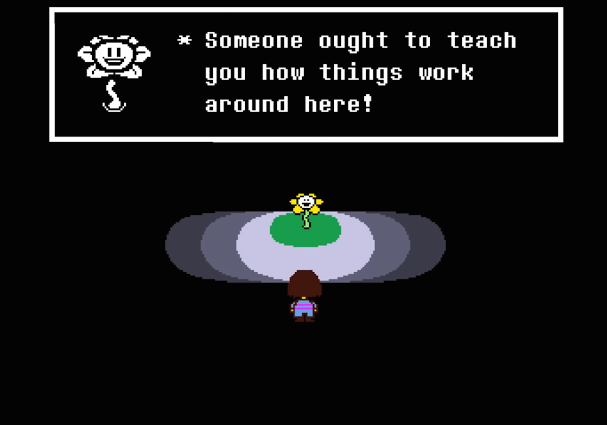 seems to be very much aware of its own genre. Trying to sell items to a vender will almost always result in a quip about how odd it is to try to sell items to a store rather than buy from it, and engaging in battle with a character that the player has already lost to will sometimes result in the enemy remarking upon their previous victory. The humor of Undertale often derives from this, with characters seeming to understand how their universe works and attempting to defy its laws. There are a lot of funny moments in this game, so long as the player opts for a peaceful play-through. Opting for violence will make the tone of the game much darker and scarier, with a few fights being almost impossible to complete.

Though some will be drawn to this game simply for the style and nostalgia of a classic RPG, many will keep coming back to it for the minor characters, the impact that a player’s choices have and the humor that is prevalent throughout. Undertale is a game that pays homage to the classics and, in doing so, it has made itself a classic that will be talked about for years.